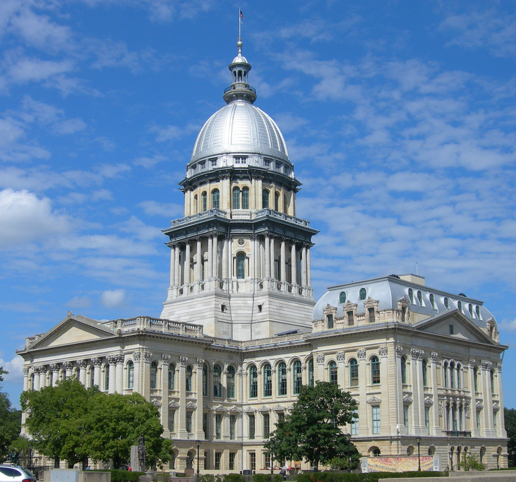 First term State Representative Adam Niemerg (R-Dieterich) experienced his first legislative session in the early hours this morning witnessing first-hand the late night procedural tactics, delays, and maneuverings used to pass a large number of bills that are not good for Illinois families or job creators. Going until nearly three o’clock in the morning, the Democrat majority pushed through a budget that spends more than $42 billion that takes away previous bi-partisan incentives to create jobs and raise tax rates on businesses.

“The Democrats can use whatever words they want to try to hide the reality, but make no mistake, this is a tax hike that every working family in Illinois will have to pay,” declared Rep. Adam Niemerg. “This budget does not even include needed additional funds for IDES to help those who have lost their jobs because of the COVID-19 shutdowns by the Governor. There is over $8.1 billion one-time money available from the federal ARPA program intended to help Illinois with the COVID-19 impact, but nothing is provided in their budget.”

Rep. Niemerg pointed out that the budget decreases benefits for the people who need them most which is why the Department of Employment Security exists as a ‘safety net’ program for people. At the same time, the budget allows for an automatic pay increase for legislators.

Other legislation passed over the past few days and into the late night, mainly along Democrat partisan lines includes closing the three detention centers for undocumented illegal people who are awaiting deportation processing back to their home countries.

“Closing these centers will mean they will be relocated to other states’ detention centers and eliminate jobs for Illinoisans in some of the most economically stressed parts of southern Illinois,” added Rep. Niemerg. “I believe this will give bad actors more ability to skirt the law in Illinois and I opposed this move.”

Niemerg pointed out that many other bills pushed through dealt with everything from political changes of judicial sub-circuit in some counties, opening polling locations in jails, doubling legislative office budgets, a billion dollars for pet projects in Democrat districts, and a watered down ethics bill.

“I voted against the so-called ethics proposal because it was a joke. Even the Inspector General opposed that bill because it has no real teeth in it to allow her to open up independent investigations without the Democrats’ approval. One bright spot I am happy to say was being able to help pass a reduction in the trailer fees from the Governor’s rate of $118 back down to $36 per trailer, a nearly 70 percent rollback,” concluded Rep. Niemerg.