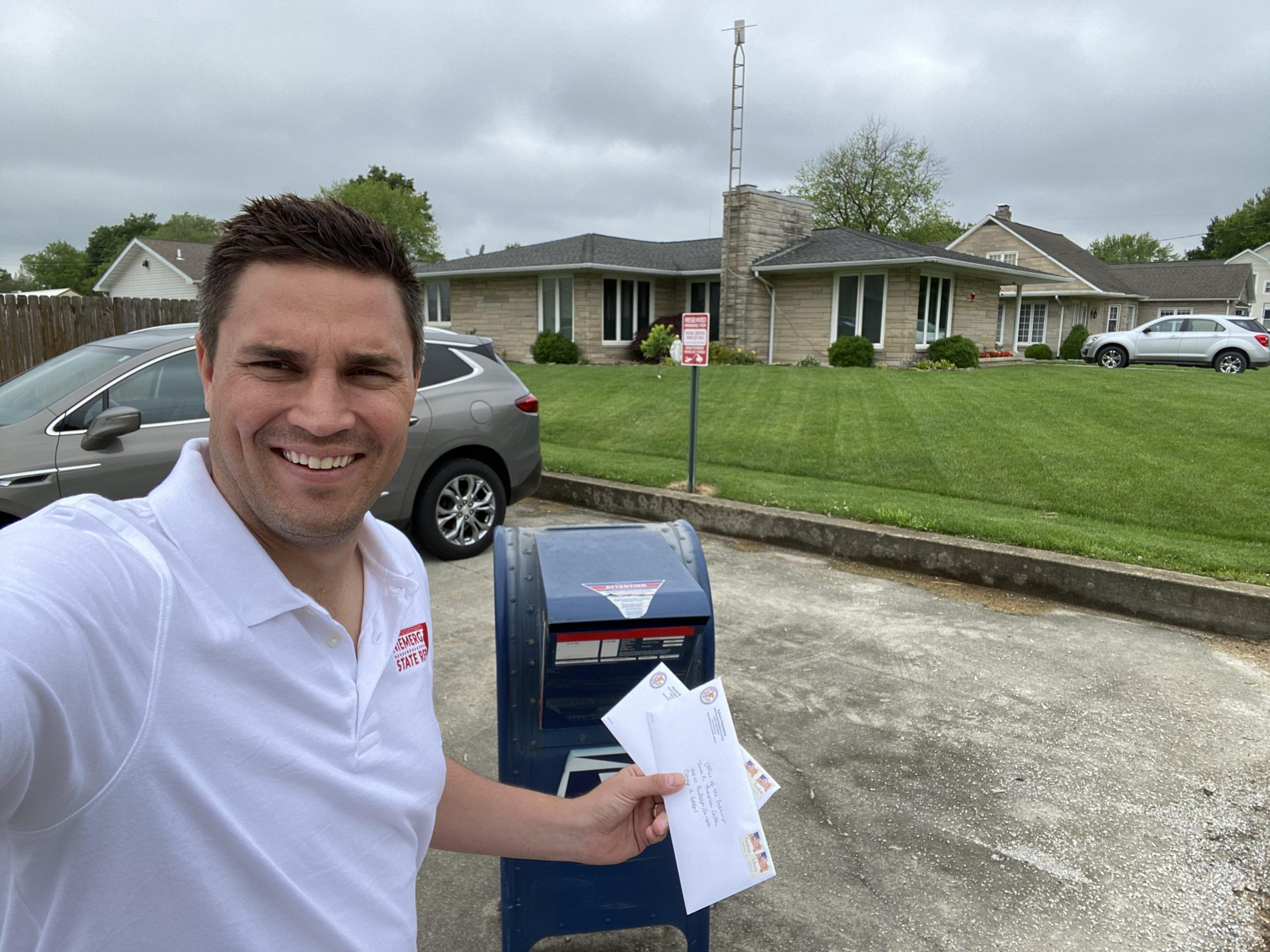 Rep. Adam Niemerg mails hard copies of his request to Gov. Pritzker to veto SB 818, the expansion of Sex Education all the way to Kindergarten students.

State Representative Adam Niemerg (R-Dieterich) vehemently opposed the newest mandate on schools to teach sex education starting in Kindergarten. Concerns over ignoring age-appropriate sex education curriculum is one of the biggest issues. Rep. Niemerg and his colleagues sent a letter to Governor JB Pritzker requesting that he veto Senate Bill 818.

“I have looked at the some of the instructional materials to be used in this curriculum and I cannot as a father endorse this kind of teaching for my own children, much less mandating this on other people’s children or grandchildren,” commented Rep. Adam Niemerg. “I strongly oppose exposing our young and impressionable students to the philosophies and themes on sexuality and gender that may be in conflict with their upbringing, their religious beliefs, or the wishes of their parents,” added Rep. Niemerg.

Sponsors of the legislation say that local school districts must use information that are consistent with the federal sex education standards or they are restricted from teaching any sex education in their schools. Rep. Niemerg objected to provisions in Senate Bill (SB) 818 and the images, themes, and content of the materials aimed at children as young as kindergarten is not age-appropriate.

SB 818 moves the current minimum age for mandated sexual education from sixth grade to Kindergarten State of Illinois is interfering in a process I believe is best left to parents and local and school boards to represent the standards of their communities. Rep. Niemerg says that he has heard from parents, teachers, and school officials who overwhelmingly oppose this latest mandate and restriction on their ability to set proper curriculum for their students.

SB 818 has passed both the Illinois House and Illinois Senate and now goes to the governor for his signature to become law.  Those concerned parents and others can call Governor Pritzker and urge him to veto SB 818 at either 217-782-6830 or 217-782-6831.