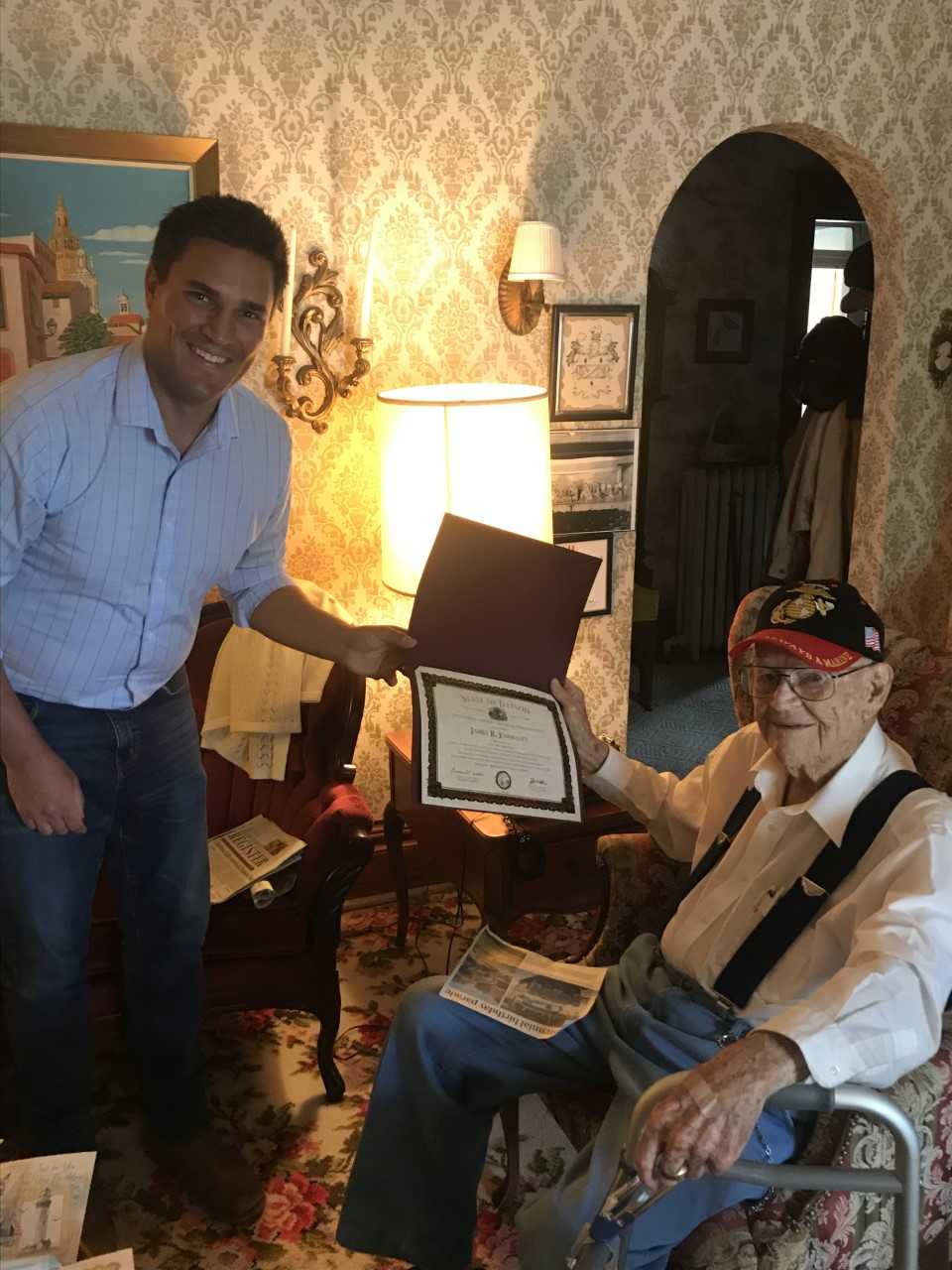 Rep. Adam Niemerg presents the House of Representatives certificate to James Endicott recognizing his 100th birthday and his service as a US Marine and a history teacher for 34 years at Carmi High School.

State Representative Adam Niemerg (R-Dieterich) spent the morning with Carmi resident, James Endicott, learning about his one hundred years of life and presenting him with a special certificate from the Illinois House of Representatives. Mr. Endicott shared stories about his military service in the United States Marine Corps during World War II, his thirty-four years as a history teacher at Carmi High School, and his 74 years married to his wife, Virginia.

“One my favorite activities as a State Representative is the opportunity to meet constituents in my district who have reached significant milestones and have lived through interesting times in our history,” said Rep. Adam Niemerg, a graduate of history from Eastern Illinois University. “Mr. Endicott’s service to our great country in the military and then his dedication as a teacher for more than three decades is something we need to recognize.”

Mr. Endicott graduated from Murray State University majoring in History and Political Science and minoring in Music. He was a member of Marine Corps Band and sang in a Male Chorus in San Diego, CA entertaining the troops. Endicott served on eight different ships during WWII and was stationed on the island of Saipan for ten months.