Rep. Niemerg Warns of Looming Deadline to Save the Unemployment Trust Fund Before April 8th Adjournment 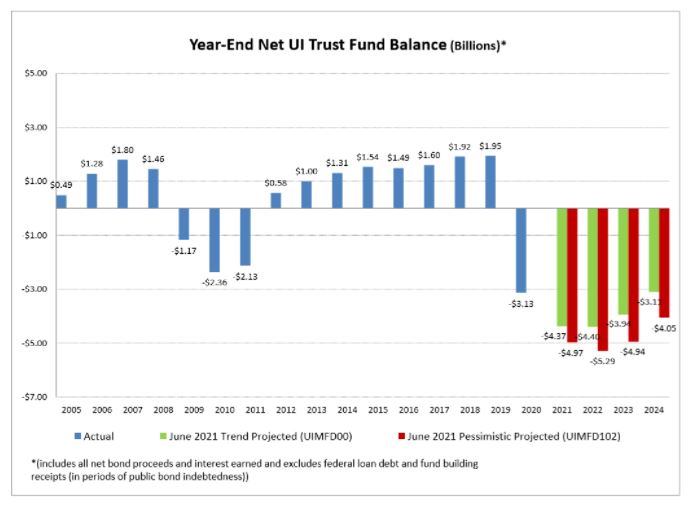 State Rep. Adam Niemerg (R-Dieterich) continues to fight for a common sense solution to stabilize the Unemployment Insurance Trust Fund and pay back the $4.512 billion federal loan used during the covid shutdowns and explosion of unemployment benefits demands.

“The Democrats have set the calendar for this session to end on April 8 this year,” commented Rep. Adam Niemerg, an insurance adjustment professional. “We need to deal with this approaching deadline to act in a responsible manner to pay back the debt we owe and replenish this trust fund before we default on this $4.512 BILLION loan to Illinois and are forced to raise taxes on businesses and lowering the benefits to those who need help.”

Rep. Niemerg points out that the Governor and the Democrats in the legislature need to prioritize paying back the $4.512 billion loan still owed to the federal government under the American Rescue Plan Act (ARPA). This will save taxpayers and businesses an estimated $100 million in interest payments.

Current estimates are that employers face as much as $2.7 billion in increased taxes and $1.8 billion in lost Federal Unemployment Tax (FUTA) tax credits, which is estimated they would pay a minimum of $119 million in additional taxes every year. The Illinois Department of Employment Security has signaled that the Trust Fund would not be solvent again until it reaches $2 billion in 2033.

“If we do not act immediately folks will lose benefits and the cost to businesses will go up with higher unemployment insurance costs,” added Rep. Niemerg. “The failure of the Democrats to act is not acceptable. The governor needs to show real leadership and pay back this outstanding obligation.”