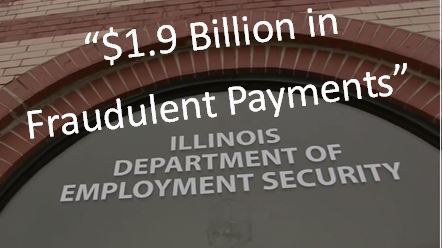 State Representative Adam Niemerg (R-Dieterich) called on the Illinois Department of Employment Security (IDES) over a year ago to address the growing number of fraud claims known even then. Rep. Niemerg and eleven of his colleagues co-signed a letter to Director Kristin Richards back in March of 2021 to address his concerns. A new audit shows that nearly $2 billion in federal funds were paid out for fraudulent claims to the Pandemic Unemployment Assistance (PUA) program.

“This report confirms the huge concerns I have had for more than a year and my request for IDES to ramp up hiring more staff and stop the practice of auto-pilot processing and not responding to real Illinoisans with real issues and real needs during the pandemic,” stated Rep. Adam Niemerg, a member of the General Services Appropriations Committee and the Labor and Commerce Committee. “We need to have immediate hearings and the Governor and his department director have a lot of explaining to do with this state agency and allowing all of these tax dollars to be stolen instead of helping those who needed it the most.”

The Pandemic Unemployment Assistance (PUA) program was created to help people not usually covered by unemployment insurance, like gig workers and those who are self-employed. Instead, according to a new audit, more than half of the money IDES paid out from a special pandemic unemployment fund went to the pockets of fraudsters instead of unemployed Illinoisans desperately in need of relief. The audit found that out of a total of $3.6 billion in Pandemic Unemployment Assistance funds paid out between July 2020 and June 2021, nearly $1.9 billion was tied to fraud.